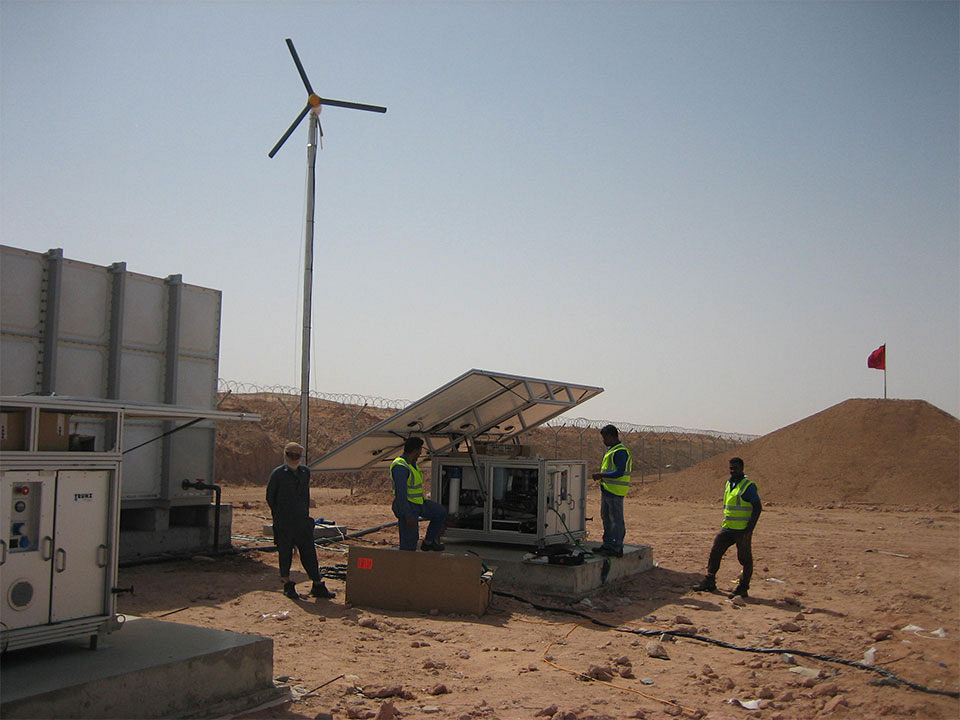 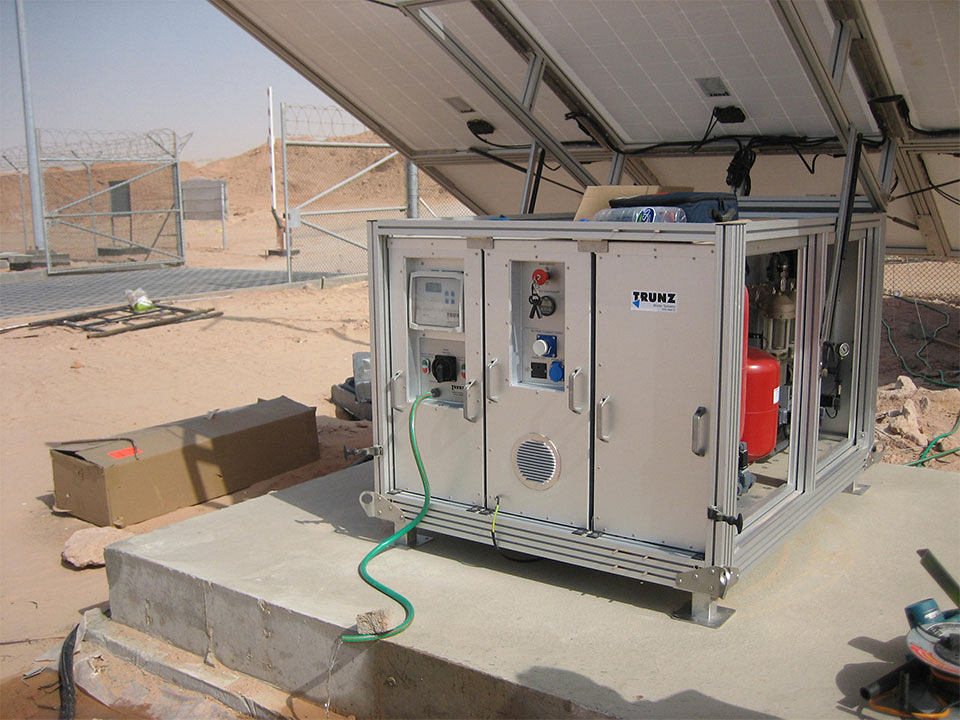 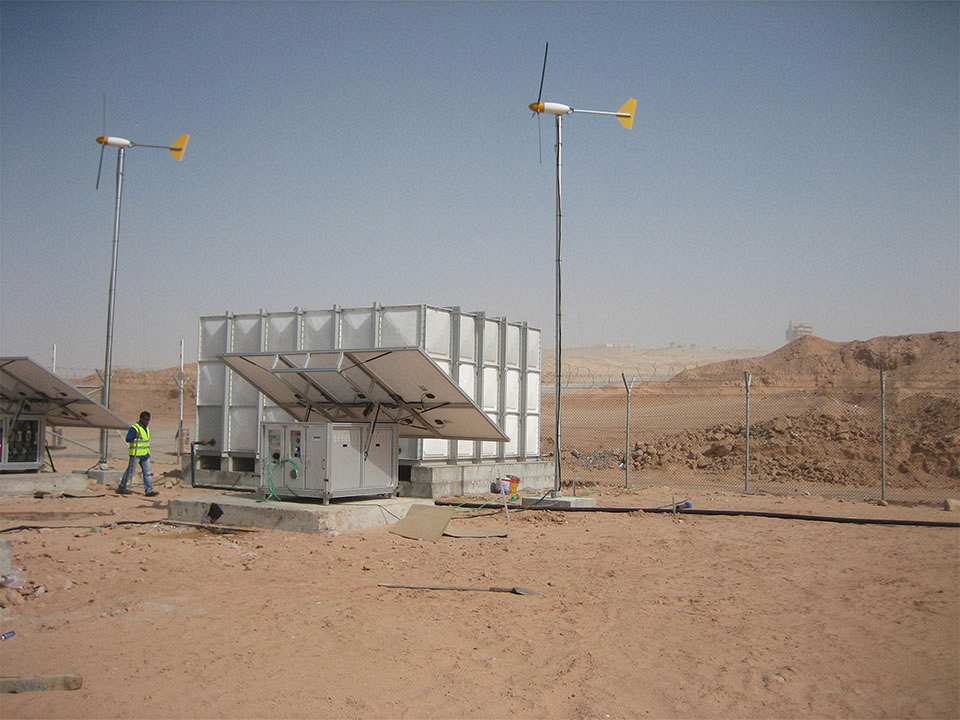 Mobile and solar powered desalination systems (TSS) were installed at a military compound in UAE providing clean drinkable water to the soldiers during their trainings in the camp.

As ground water exceeded common salinity by far, tanks were filled with brackish water which is then treated to drinking water quality with the independent Trunz Desalination Systems.